Showing posts from January, 2013
Show all

With its billion or so active members, Facebook once again dominates the World Map of Social Networks. As the No. 1-ranked social network in 127 countries out of the 137 tracked, Faceboook seemingly swallows its competition in its march towards world dominance. But Facebook's competitors have over a billion members of their own — you just haven't heard of most of them. A quick look at the December 2009 version of a social media map, composed bi-annually by strategist Vincenzo Cosenza using info from Internet metrics firm Alexa, notes that while Facebook was on top even way back then, it had 16 competitors that bested it in various countries. Now there are only four that have bigger numbers, and in just 10 countries. Four plus Twitter, that is — did you know that China is one of Twitter's most active countries, even though it's blocked there? It seems Facebook's planetary ubiquity is inevitable ... until you take a look at the sheer size of those competitors: Total me…
7 comments
Continue reading... 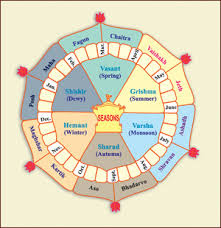 Well the Mayan talk may seem to be old and long lost. But the facts are always interesting. Here are the few interesting facts that i found.  Read and enjoy.:)  In the “Brahma-Vaivarta Purana”, Lord Krishna tells Ganga Devi that a Golden Age will come in the Kali Yuga - one of the four stages of development that the world goes through as part of the cycle of eras, as described in Hindu scriptures. Lord Krishna predicted that this Golden Age will start 5,000 years after the beginning of the Kali Yuga, and will last for 10,000 years.
Mayan Calendar Matches Hindu Calendar
It is interesting that this prediction of the emergence of a new world is prophesied to appear about the same time that the Mayans predicted it to come! The Mayan calendar began with the Fifth Great Cycle in 3114 BC and will end on 21 December 2012 AD. The Hindu Kali Yuga calendar began on 18 February 3102 B.C. There is only a difference of 12 years between the Hindu's beginning of the Kali Yuga and the Mayan's beg…
12 comments
Continue reading...
More posts