The Story Of Madras-1 The Madras of today is 370 years old.But parts of this city are as old as the history of the Tamils.How much do we know about this great city?? well here are the places and people that would kindle the interest


In the centuries preceding the christian era,Tiruvalluvar lived here and wrote tirukural,an anthology of wisdom,during the sangam period.

Mylapore:
The oldest part of Madras is probably Mylapore.It is named after goddess Parvathy,known as karpakaambal who took the form of a peahen and performed penance to marry lord siva in the form of kapaleeswara.This is one of the oldest temples in the city. According to the stala purana of the temple, It is located on the spot where lord brahma installed a shiva lingam.

Mylapore was the home of peyalwar.In the 7th century A.D Tirugnana Sambandar visited Mylapore and described it thus:

"where honey-trees grew in beautiful gardens in the sea-shore,where devi appeared in the form of a pea-hen and kapaleeshwara took her in marriage".

Mylapore was a seaport and commercial center under the pallavas.The pallava king Nandivarman-III was known as Mylai-kavalan,the protector of Mylapore.

The original Temple which was near the sea,was washed away and the present temple rebuilt much later by the vijayanagara kings.The gopuram(entrance) is 120 feet tall.Inside the temple is the punnai tree, beneath which the legend of Mylapore grew.The temple is of the typical Dravidian style.

Triplicane:
Yet another old part is Triplicane or Tiruvallikeni,the sacred lily tank.The temple of Parthasarathy through a recent building,originally existed in the 8th century, which was built by the pallavas expanded by the cholas and later by the vijayanagara kings.This temple is one of its kind in the country where lord krishna is known as Parthasarathy (charioteer) to Arjuna during the Kurukshetra war (Mahabharatha). We can see the lord with a moustache and the idol has several scars indicating the war.

"The fragrance of the kuravan flowers in cool shady gardens where cuckoos sing and peacocks dance.....The sun's rays never penetrate the thick foliage of tiruvallikeni"

Neither Mylapore nor triplicane houses anymore trees or peacocks :(
.As the city grew,the first casualty was its natural surroundings.

Popular posts from this blog

Here is the list of movies that I have watched. Will keep updated .:) 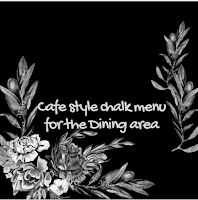 I was looking for a way to decorate the dining area of my new home.It is one of the most used spaces as people gather in the dining and the kitchen area when there is a get together or even when friends come home for 'Chai'. So i was sure, i did not want to use the watercolor or acrylic medium for the dining room wall painting as my living room is filled with watercolor  painting.

I went in search of canvas that was big enough to cover the required space, but the cost was super high. So i though of re-purposing some used canvas and went in search of old canvas in goodwill. I stumbled upon a…
Continue reading...

Make your own personalized postcards

Snail mails are always special. Waiting for the postman to give a post card or an envelope having your name in it is such a pleasure. The only post that I get these days is the telephone bills. The best thing about anything handwritten is you can pick it up and have a look at it at any time you want and cherish it.

We are all now the Slaves of the E-king (Electronic King). There’s no need for that extra bit of effort. Take a photo and post in online or if you want to mail someone use the E-kings service. But the real happiness of receiving something hand made with carefully drafted words in it with the most beautiful image on the other side is just out of the world.
.According to the Indian postal service website, “a postcard must be 14 cm × 9 cm (length and breadth). Privately manufactured post cards shall not be thinner or more flexible than an embossed post card, and will have the same size and thickness of embossed post card. “.


These are the hand made post card print of …
Continue reading...